In the school playground that is the realm of UK music festivals, we begin to observe the wonderful variety that is offered to us during the British Summer time. Imposing their authority on the field, we have the kids whose nature it is in to simply be bigger and better than everyone else. Reading has got Muse and Eminem, Bestival has A Tribe Called Quest and the XX, and Glastonbury has every artist under the Sun. Without having even started yet, these big guys are swallowing up the media’s attention with their grandiose line-ups. In the corner of the playground reside your not-so-hot-so’s. These guys could be the coolest kids you’ve ever met, but they just don’t have the flash and the attention that the ‘cool kids’ have. Funnily enough, I am not here to preach to you about mental health or bullying. That, my friends, was my attempt at a creative way of introducing a blog post about underestimated festivals. On with the show. 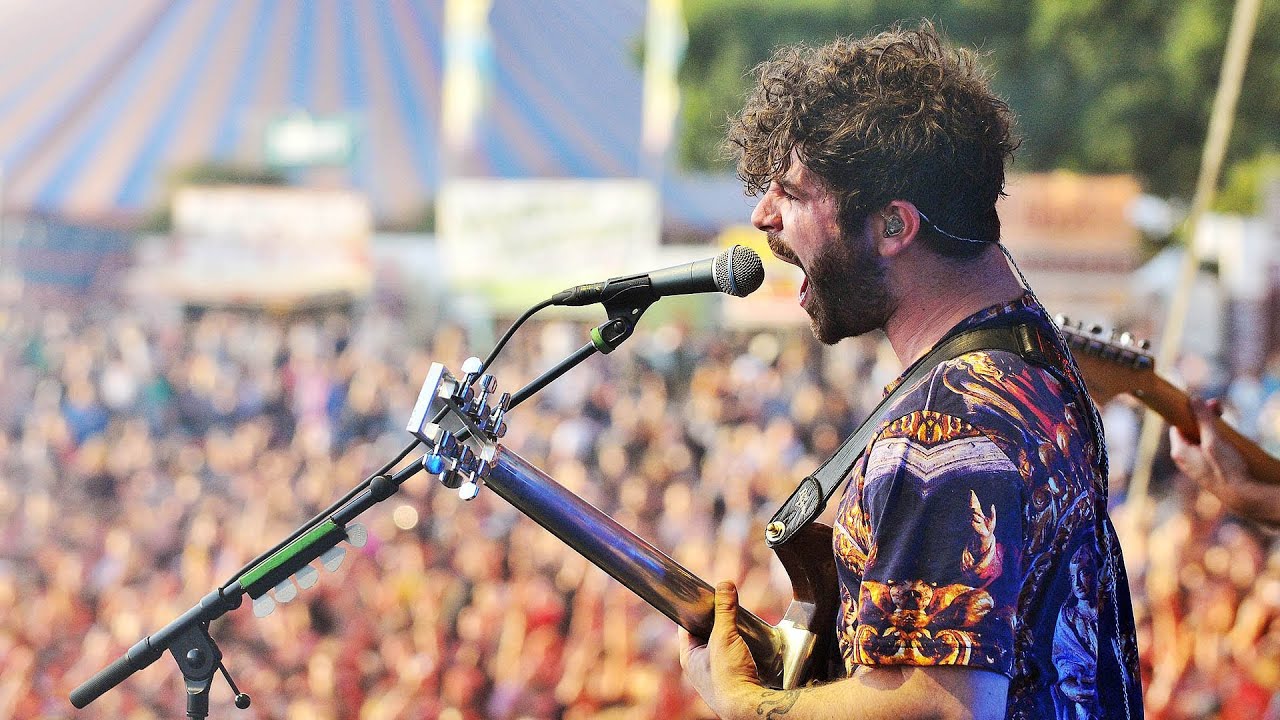 British Summer Time may have booked out Hyde Park with their plethora of one-day festivals, but just a little further East, Victoria Park will be similarly vibrant and brimming with those sweet summer vibes. A self-proclaimed “sun-drenched utopia”, Citadel was only launched in 2015 but has boasted some awe-inspiring line-ups, featuring Sigur Ros, Caribou and Bombay Bicycle Club. This year is looking just as peachy. In one of their only two UK appearances this Summer is Foals, whose live performances have gone from strength to strength after the release of their last album, and they will be supported by the blissful sounds of Laura Marling, Michael Kiwanuka and RY X. For just over £50, that is pretty student-friendly, and the park will be decked out with various other tents and shindigs, so you can enjoy all the fun and frolicking of a festival without the rank third-day-without-a-shower feeling.

Before your eyes jump straight from the triple figure price tag to the next paragraph, allow me to blow your mind with names that will blind you with their eminence, and cause you to question how on earth this festival has slipped under the radar. Even I am ashamed. For where else will you be able to see the head honchos of funk, George Clinton & the Parliament Funkadelic, and the pioneers of hip-hop, The Sugarhill Gang at the same place in the same weekend?!??? Of all the legends gracing UK festivals this summer, surely this one takes the funky biscuit? And if these two acts are to set the bar, and with a name like ‘Funk and Soul Weekender’, one should esteem that the festival’s selected supporting acts will only add to the groovalicious vibe that will be shimmering throughout Rye that weekend. It’s calling you and your flares; it’s time to get down.

If you hadn’t already noticed, Gorillaz have made their return, teasing us with singles as we wait patiently for their new album (due to be released 28th April). As if that wasn’t enough, they have also decided to mark their return with their own one-day festival, at which they will headline, because they’re Gorillaz and they can because they’re Gorillaz. Although they haven’t announced any of the supporting acts yet, somehow I don’t think we should worry about Damon Albarn selecting any old peewees. It’s happening at a fairground, the music will be la crème de la crème, the aesthetics and visuals will be mesmerising, it’s going to be awesome. Just a shame there are no more tickets. BUT, I’m sure the desperate and well-connected amongst you will be able to find resales somewhere on the wonderful web. 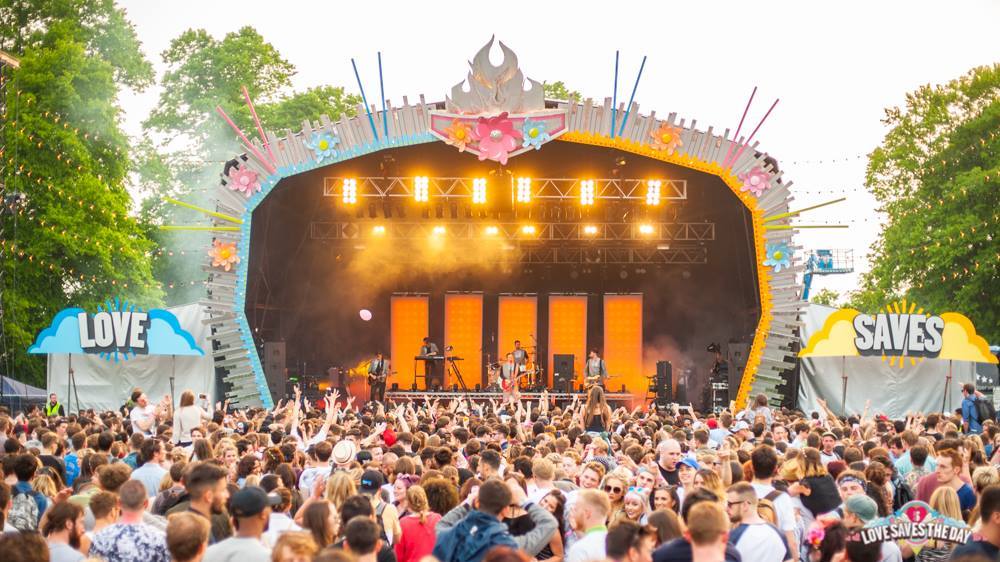 This comes highly recommended with distinction and honours by Team Cowbell, and is taking pride of place in my calendar. That being said, I am only concerned with Sunday’s line-up which completely outshines the Saturday. Fat Freddy’s Drop, Kate Tempest, SHY FX, BadBadNotGood and Novelist. Mic drop. That is the soundtrack to the ideal summer Sunday, and if the crowds and the vibe rise to the standards of that line-up, Bristol will be hosting one groovy and dynamite day. I hope to see all of you there.

As mentioned by Emma in last year’s festival post, Latitude has secured its place in our hearts by being our first ever festival. Personally, I believe it to be one of the best UK festivals going and yet it never gets the acclaim it deserves. Sure, it might be a little bit on the expensive side/completely overpriced, but it has the whole package; perfect location with the lake and the forest decor providing some groovy backdrops for your disposable album, a fun and friendly atmosphere in the day that transitions to some serious party time in the early mornings, a celebration of all the arts thanks to their comedy and literature tent, and, of course, always a splendid weekend of music. This year Mumford and Sons will be headlining along with Fleet Foxes and The 1975 (the only pitfall), whilst there will also be Glass Animals, whose latest album was the bomb-diggity, Jack Garratt, Goldfrapp and, our man, monsieur Loyle Carner. Even though you might not recognise all of the artists on the line-up, you can guarantee that these newbies will rise up the stairway of success in the future. To put it in to perspective, Sam Smith was playing on one of the smaller stages in 2013 with an audience of about 200 people. I think we can have faith in Latitude’s judgement.

This one comes as a pleasant discovery at a VERY pleasant price. If you’re one of those (very slightly annoying) people who claim to have discovered bands ‘before they became famous’ and will not listen to a band unless they have less than 100 streams, the gates to your heaven have now been opened. When this festival hits Brighton, stages and venues throughout the city will welcome over 400 new and emerging artists from around the world, so, as it claims, you can ‘see them in an intimate setting before they go on to headline major festivals’. Pretty strong selling point. Amongst the slightly overwhelming number of unknown performers, they have also brought in Slaves, who have a thunderous presence live, Rag ’n’ Bone Man, Marika Hackman and Will Heard. If you are persuaded to go, may I recommend not missing Babeheaven and Zak Abel, two up-and-coming artists whose promising sounds are making their way through the sludge, to quote Alex Turner.

Another festival that promises to feed us with the heart-warming, soulful sounds that will see us through the holidays. This time it is the turn of The Jacksons to send you in to your star-struck daze. Yes, they might be missing a key member, but no doubt they will still be able to do justice to their childhood tracks without him. With other acts including Gregory Porter (the cutest looking man EVER), BadBadNotGood and some badass songstresses such as Corinne Bailey Rae, Laura Mvula and NAO, it’s going to be jazz hands or no hands all weekend people.

As they say, it takes many forms. We’ve had love as the saviour, love as ruling over all, and finally we have love in a box. Similarly to Love Saves the Day, this two-day festival’s line-up is looking average-to-poor on the Saturday but out-of-this-world on the Friday. It has the perfect combination of laid-back but discretely sassy soul in Frank Ocean, Solange and Sampha, with some kings of funky, Jamie XX and Kaytranda. One to also keep an eye out for is newcomer RAY BLK, whose badass freestyling and powerful lyrics have flown her up in to the British hip-hop headquarters.  Although a bit pricey for only one day, this festival is notorious for providing its fans with the perfect opportunity to groove in the sun (we hope).

Here’s to the underdogs and a wonderful summer,